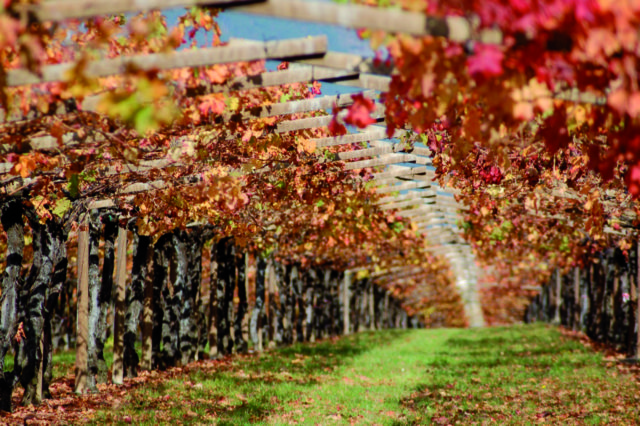 According to owner Anselmo Guerrieri Gonzaga, producing sparkling wine had been a family ambition at San Leonardo for many years.

“We wanted to craft a traditional method sparkling that can compete with the best of Franciacorta, and indeed Champagne,” he added.

San Leonardo’s first foray into making fizz is a Blanc de Blancs – base 2015 – vinified as ‘Metodo Classico,’ with 3 years of maturation on the lees. Only Chardonnay grapes will be used in the blend, for the time being.

Vintage 2015 will be released in October, under the brand of Marchesi Guerrieri Gonzaga.

20,000 bottles of the inaugural cuvee were made, with a suggested retail price of 26 euros.

Guerrieri Gonzaga said that an increasing number of growers in Trentino were replacing their local red grapes such as Teroldego with varieties suitable for the production of sparkling wine, although he emphasised that many producers were making charmat-style wines for early drinking.

“Growers are realising that there is easy money to made from Prosecco imitations and I expect sparkling production to increase dramatically in Trentino over the next decade, although Trento DOC remains the bastion of quality,” he said.

“In the North-East of Italy, Carmenère may reach a certain relevance within Bordeaux blends.

“We intend to plant more and train it to Pergola trentina to enhance freshness and elegance in our wines, and to Guyot for the concentration of fruits and spices, which defines San Leonardo’s style.”

“It is also the ‘magic ingredient’ of San Leonardo wines, in particular in the flagship wine San Leonardo there is a 30% of Carmenère which gives it a unique identity.”