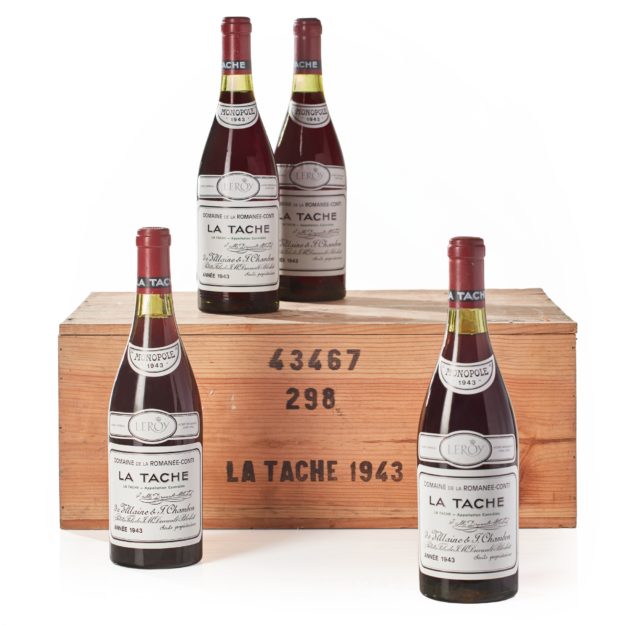 Held on Saturday 19 October, the sale’s top lots were all Burgundy, the best-selling being six bottles of 1943 La Tâche from Domaine de la Romanée-Conti which went for US$93,000 – far above its $42,000 pre-sale high estimate.

There were also higher-than-expected prices for 1990 Hermitage from Chave, 1989 Haut-Brion, 1990 Montrose and 1983 La Mouline from Guigal.

Connor Kriegel, head of auction sales for Sotheby’s Wine in New York, commented: “Over the weekend, we were delighted to present at auction ‘4 Fabulous Cellars’, a special offering comprised of impressive selections from four individual collections that are well known to Sotheby’s Wine for their distinguished palates and impeccable sourcing.

“Bidders around the globe showed their great appreciation for meticulously stored, legendary Burgundy from DRC, Rousseau, Roumier, Mugnier, and René Engel, as well as the Northern Rhône’s most coveted wines, including Guigal’s Guigal ‘La-Las’ and Chave Hermitage.

“Next up, this Thursday we look forward to our London sale of The Ultimate Whisky Collection – the most valuable whisky collection ever to be presented at auction, showcasing the most comprehensive range of desirable Scotch whisky to come to the market.”