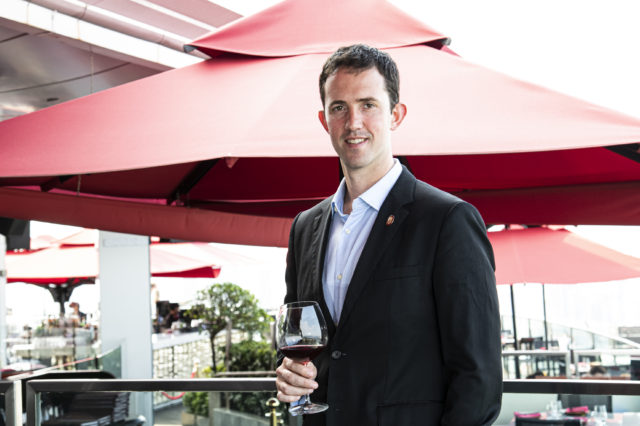 Moving from Australia to Singapore, Hasko has been appointed as group head sommelier of Cé La Vi, where he will bring his oenological experience to the dynamic rooftop destination.

Hasko became a Master Sommelier in 2016, having completed the examination on the first attempt, during which he received the inaugural Dom Ruinart Cup.

He was already an experienced figurehead in the wine industry in Australia having begun his career as a sommelier at Rockpool on George in Sydney.

Most recently he was the director of Luxury Beverage Group, where he handled Bootleggers Wine & Spirits and Cru World Wine, who were under the portfolio.

Standing on the rooftop of iconic Marina Bay Sands hotel, Cé La Vi Singapore is one of the most popular social and party hubs overseeing the picturesque city skyline. The restaurant and SkyBar offer Modern Asian cuisine and signature cocktails and with Hasko’s arrival, we can expect a powered up wine list with a great selection in the near future.